If A Fight Promoter Slaps His Wife And No One Reports On It, Does It Make A Sound?

Over the New Year, a story broke that UFC President Dana White was caught on film slapping his wife during an altercation. The video is unambiguous, and can be seen here if so desired. The video shows White grabbing his wife by the arm, she slaps him and he immediately retaliates with several slaps of his own — while still holding her arm.

The story was initially covered by TMZ, an outlet with a very friendly relationship with the UFC. They allowed Dana White to essentially break the story and put his own spin on it, stating that “there are no excuses” before immediately going on to provide the excuse of alcohol being involved.

To say this is the extent of the coverage the story got would be unfair, but very little of the mainstream media touched the story. The UFC’s broadcast partner, ESPN, has yet to issue any comment on the matter, and directed a Bloody Elbow writer to the UFC. ESPN’s logic is that they simply distribute the UFC’s content — and sell hundreds of thousands of $85 pay-per-views for them — and the UFC produces the content. It sounds like something a chat bot would offer up.

ESPN has a well earned reputation for carrying water for leagues like the NFL, so there is no surprise to learn that their staff are informally directed to avoid making “incendiary tweets” on issues like this. Jeff Wagenheim later ‘clarified‘ his statements in this regard:

Beyond the myriad of sports blogs that cover MMA, very little real coverage of the incident occurred. The New York Times finally covered the story — and the non-coverage from ESPN — on January 5th, after a groundswell of online outrage. (Update: 18 senators and 33 assemblywomen from California have written a request to have Dana White removed by Endeavor, UFC’s parent company.)

But that is it. The Endeavor stock price took a brief 7% hit, but has rebounded completely. Initially, there were rumours that, surely, this would at least get Dana White’s forthcoming slap fighting show cancelled. Those proved to be false, with TBS simply moving the debut of the Power Slap League back a week, to January 18th. For more information, go to DanaWhitePowerSlap.com. (And yes, no one thought of a better name than Dana White Power Slap.)

Even more appalling than the complete lack of accounting for this incident of domestic violence was the reaction of many members of the MMA community. Fighters and fans alike logged on to social media and shared their bizarre — and often disturbing — desire to hit women. The phrase “equal rights equal fights” came up a lot, because the notion of de-escalation or even basic restraint just doesn’t register with these people. Probably the most shocking aspect of the pro-DV crowd was their insistence on defending things even Dana White himself did not. Claiming “she hit him first” elides the fact that grabbing her arm was the initiation of violence. The relationship between the two seems fraught, but there is no excuse for assaulting her — be a god damn adult and find a better way.

UPDATE: On January 11th, Dana White decided to finally address the issue of his documented domestic violence at a press conference. While it is certainly good to see him finally address the matter publicly, in greater detail than his initial talk with TMZ, the results were sorely lacking in accountability.

White does earn some credit for how he address those crass enough to try and defend his actions:

One thing that I do want to clarify, that I didn’t talk about on TMZ, because I didn’t expect it and I didn’t see it coming are the people defending me… There’s no defence for this and people should not be defending me over this thing, no matter what.

However, that’s where the positives end. When it comes to punishment, the UFC President offered up the following:

Here’s my punishment: I’ve got to walk around for however long I live — is it 10.4 years, or is it another 25 years — and this is how I’m labeled now. My other punishment is that, I’m sure a lot of people, whether it be media, fighters, friends, acquaintances, who had respect for me, might not have respect for me now.

No, that is not satire or edited in any way. According to Dana White, his punishment is being Dana White — and carrying the title of spousal abuser. Not exactly a burdensome cross to bear in an industry that categorically gives zero shits about domestic violence, even in the instances it can’t be dismissed or handwaved away.

I would have preferred a more elaborate explanation of why his actions were wrong. Describing his kids as “embarrassed” was bizarre; I don’t think their reaction to seeing their dad, on video, assaulting their mother was to roll their eyes and exclaim “dad’s posting cringe again.” I could be wrong, maybe their family dynamic is different. As it stands, his tact seems to be “this is bad because I got caught and people are upset, and since I’ve acknowledged that we’re done here.”

Neither Endeavor or ESPN have issued any comments on the matter. Going forward, referring to Dana White as Noted Spousal Abuser will be the standard, in accordance with his self-prescribed punishment. 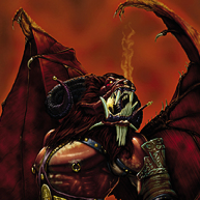